the plunging hons were among the 10,000 plungers that braved the icy waters of the chesapeake on saturday at sandy point state park for the 12th annual MSP polar bear plunge. this years’ polar bear plunge raised a record $3 million for special olympics and attracted a huge crowd – creating the need for multiple plunges throughout the day.

it was a wicked cold 30 degrees, and sunshine was definitely lacking – but it didn’t discourage the fantastically costumed and enthused plungers – and i can tell you it was the best beach party i’ve ever attended!

the plunging hons easily stole the show with their vibrant attention-grabbing costumes and proudly raised nearly $3000 in just over 2 weeks!

but it sure is worth it – just look at these hons!

the team poses with the polar bear mascot. 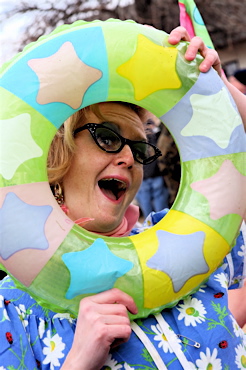 heidi with her floatie + a random fired up ravens plunger!

the hons hit the beach…

another spirited team of plungers! 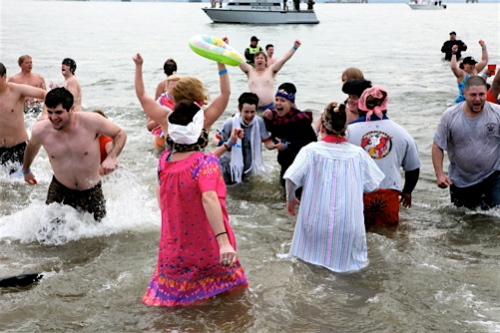 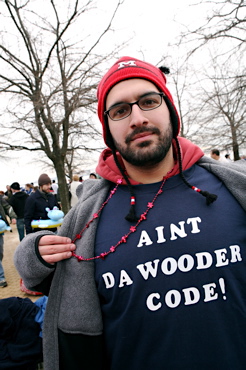 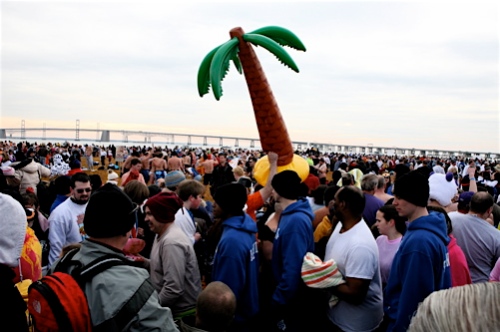 a seriously packed beach party, despite the freezing weather.

team hon supporters cheered the plungers on from the sidelines, er shorelines. 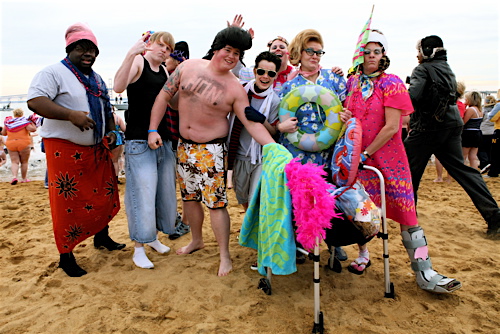 i am so proud and honored to have been part of the 1st annual plunging hons!