mama grizzly with her cubs — knight inlet, vancouver island, BC.

the remote knight inlet — accessible only by boat or float plane — lies about 80 km north of telegraph cove and is prime grizzly bear habitat. in mid july female grizzlies are busy feeding on the protein-rich sedge grass while protecting and educating their young cubs. it was absolutely awesome to observe these magnificent animals as they ate, explored and played along the shore! from our little boat we were able to anchor less than 100 ft away, drifting closer at times. i totally couldn’t believe how close we were, at one point i swear we were no more than 50 ft away! in addition to the 6 grizzlies we encountered (2 mothers and 4 cubs) there was abundant wildlife, including deer (which the cubs love to chase!) heron and geese. the thick morning fog (chilly but beautiful!) eventually gave way to bright sunshine, sending the grizzlies back into the forest, and us on our way back down the temperamental inlet. on the way back to telegraph cove we made a brief stop at the picturesque lagoon cove — a quirky, fun little harbor! 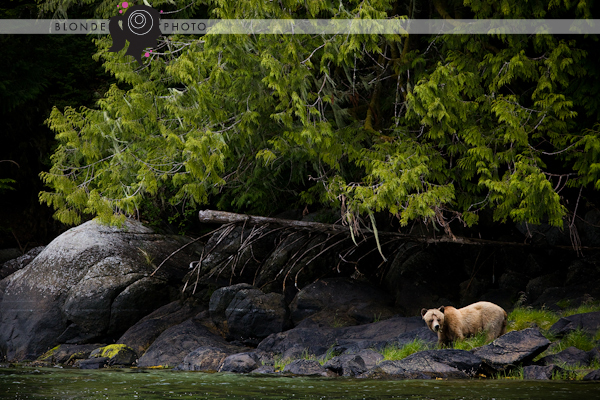 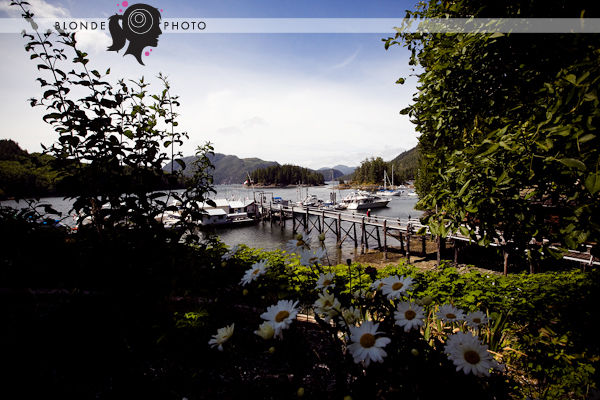 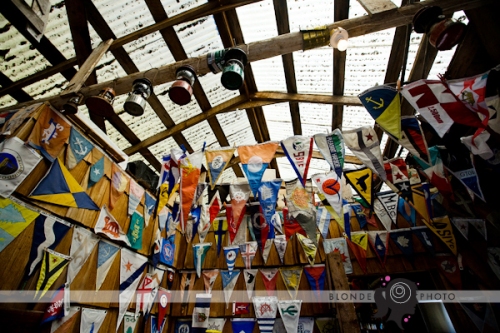 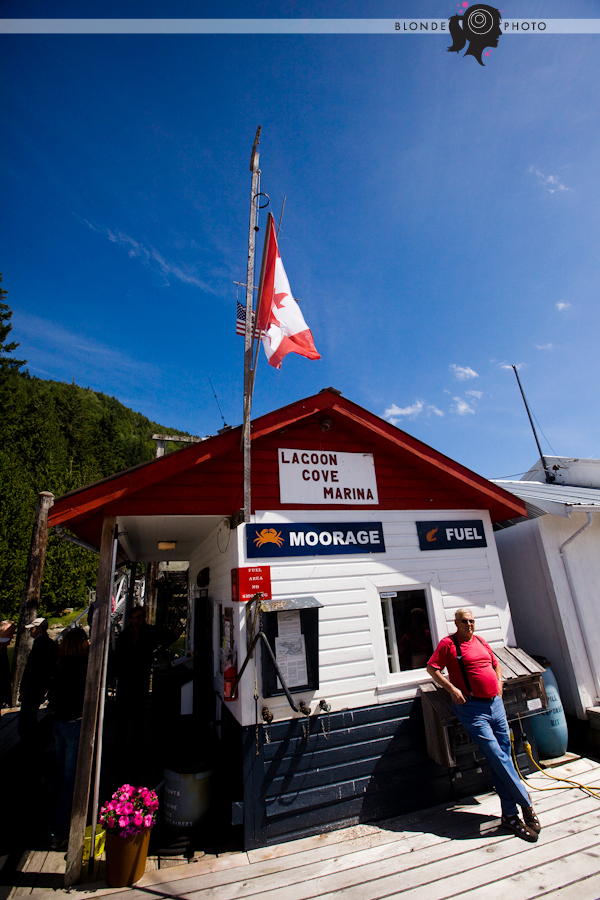